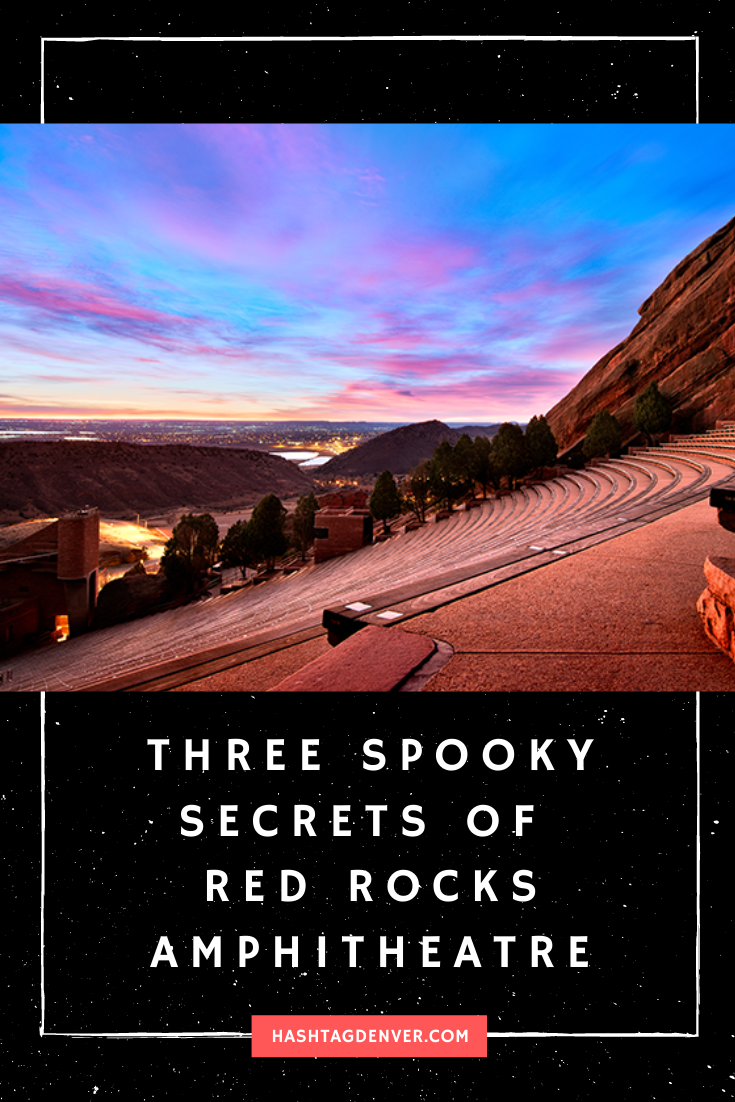 The Red Rocks Cemetery is located near the base of the Red Rocks concert venue. This straight-out-of-a storybook gravesite dates all the way back to the 1800s. It’s actually quite difficult to be able to earn a spot in the Red Rocks Cemetery as you have to be a local resident to be buried here. Thus, the cemetery is specific to the special folks who call Red Rocks home. Perhaps, this is why the Cemetery has a very intense energy. Seriously, some of the coolest, strangest and most eccentric people live around Red Rocks! Is it because of this special energy that everyone always wants a special token of Red Rocks to take home with them? The local kids are known to visit the cemetery, evoke the old time spirits and marvel at the hundred year old gravestones.

The Witch of Red Rocks

Everyone who grows up near Red Rocks has a Witch of Red Rocks story to tell. Also known as the Hatchett lady of Red Rocks, she often appears at the highest point on the rock peaks and some even claim that she is headless. One theory is that she is the ghost of “Old Ms. Johnson” who lived in the Red Rocks community and used a Hatchett to scare away her daughter’s suitors. In this version, she is now an angry spirit who despises young love and wants to scare couples. However, locals have spotted her up on the rocks simply watching the activity below (that is if they see her with her head). Maybe she simply loves experiencing the concerts as much as the rest of us?

Did you know that once upon a time people hiked into concerts via trails leading up to the back of the venue? In fact, it was considered a rite of passage to be able to “hike into Red Rocks.” Now, this isn’t possible, but before they closed these trails down for good, people experienced mysterious happenings on them. Hikers encountered Native American and other old-timer spirits. Maybe some are the ghosts of the people who built the venue? Some report hearing noises, seeing bursts of light and feeling strange gusts of winds on the trails at night. One of our favorite stories is when a friend went off to pee and had a spirit give him quite a scare mid-stream 🙂

Hashtag Denver celebrates those hustling everyday to make Denver the best place to work and play. We're not New York, we're not LA and we like it that way! Together, we're making Denver the world's best city!